A serving Corps member in the State of Osun, Adebayo Mukaila was shot dead on Tuesday night in Omo West area in Osogbo by men suspected t… 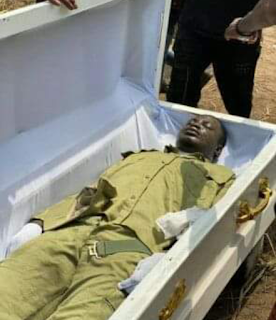 A serving Corps member in the State of Osun, Adebayo Mukaila was shot dead on Tuesday night in Omo West area in Osogbo by men suspected to be armed robbers after been dispossessed of his money and valuable items.
According to reports, the slain corps member, who was said to be operating a made-shop at Omo-West area of the metropolis where he sells recharge cards and also engaged in cable subscription and mobile money transactions, was reportedly attacked around 11 pm, after the close of business. 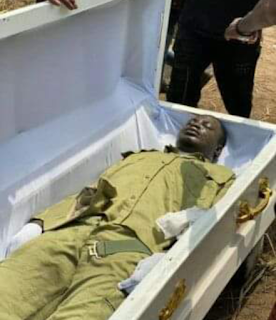 It was further revealed that the 2-man armed robbery gang came on a motorcycle and shot the deceased on the head when they were about to leave the scene of the alleged crime, as they dispossessed the victim cash, POS machine, recharge cards and other valuables packed in a bag.
An eye witness, Alani Azeez, who resides very close to the scene of the incident, confirmed that the robbery attack was carried out late in the night and the sound of gunshots was huge.
He stated further that the deceased daughter was with him when the incident happened and was crying for help after the robbers left the scene.
According to the official of the Public Relations Unit of NYSC in the state, who confirmed the incident, said the deceased was a serving corps member in the state.
She further disclosed that the agency has contacted and condoled with the deceased family, while the matter had been reported at the police station
Please follow and like us: