by The Eagle Online 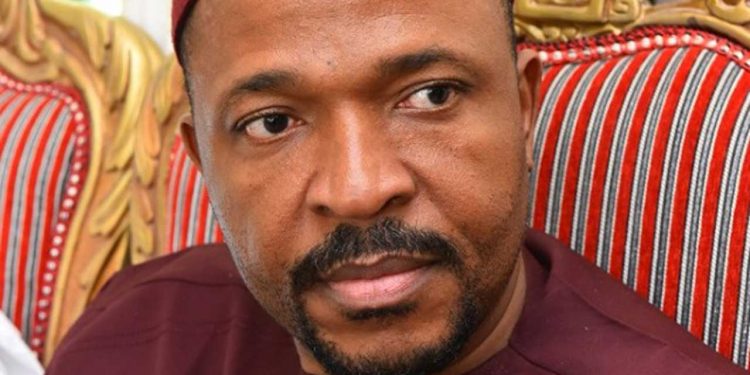 The Minster of State for Education, Chukwuemeka Nwajiuba, on Tuesday presented to the National Assembly a proposed date for the reopening of schools across the country as a post COVID-19 measure.

Nwajiuba made the presentation during a meeting with the Senate Committee on Basic and Secondary Education on the ministry’s plans for pupils who have been forced to stay at home following the outbreak of the COVID-19 pandemic.

While noting that government had revealed that schools for some categories of students would be reopened soon, Nwajiuba said giving a tentative date would result to misrepresentation by the public.

He said: “We said we are going to experiment with some people and these are children from exit classes.

“In the document we have provided, we have suggested how we can move our education sector forward in this pandemic period.

“We don’t want to make it known at this period so that some people will not take our proposal for guidelines for schools reopening.

“This is because people publish fake guidelines every day, which I always come on air to debunk.

“What we have now is a proposal.

“Even if the Senate has not called us, we would have come to you to discuss with you because we have already discussed with the House of Representatives.

“The documents were presented to you so that you can criticise and make inputs as major stakeholders.”

Nwajiuba, however, expressed concern over the decision of the Oyo State Government to reopen its primary and secondary schools in spite the current rising cases of Coronavirus infection in the country.

Nwajiuba wondered why the government of Oyo State, which was currently battling with increase in cases of new infections, should be eager to throw open the gates of its schools when its neighbouring states were employing caution.

He said: “Why is Oyo State talking of reopening schools when it has just started recording increase cases of Coronavirus infection”

“Just beside Oyo is Ogun, which was part of the three states under the FG’s lockdown since April, is not talking about schools reopening.”

The Vice Chairperson of the Committee, Senator Akon Eyakenyi, who presided over the meeting, expressed the fears that the academic calendar could be distorted in public schools where no visible arrangement was being made to teach the children at home unlike their private schools counterparts.

Eyakenyi said public schools students were made to rely on educational programmes on radio and television stations, whereas they tune to stations showing cartoons whenever there was no adult to guide them.

Eyakenyi said children in public schools had no access to online classes like their counterparts in the private schools.

She noted that the arrangement regarding radio and television stations was not working.

She said: “Even when the students in the cities have access to education programmes on radio and televisions, what of those in the villages?

“What do we do so that we don’t shut them out?

“All we need to do is to come up with measures that would ensure the safety of both the students and their teachers.

“We can design a plan that would make sure that not all the students resume at the same time.

“We could probably start with the exit classes.

“We could have the number of students that would go to school in both the morning and afternoon sessions.

“We have to be innovative in our approach to save our educational sector in this country because nobody knows how long the virus will be with us.”