↓
Home→Education→Abagana,Ozala Primary School teacher arrested with N550million in her account 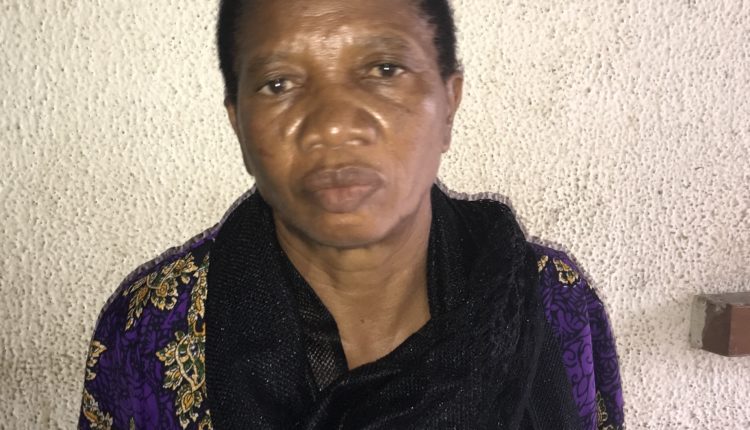 A primary school teacher, three staff of Guaranty Trust Bank (GTB) and a lawyer has been arrested by the Independent Corrupt Practices and Other Related Offences Commission (ICPC) for allegedly laundering the sum of N550 million.

In a news release signed, and sent to CRIMECHANNELS, the Spokesperson for the Commission, Mrs. Rasheedat. A. Okoduwa, disclosed that the primary school teacher, Mrs. Egbuha, was earlier arrested in October 2019 but was granted administrative bail afterwards.

The teacher, who works with Ozala primary school, Abagana, in Anambra state, was accused of having N539.5 million in her Guaranty Trust Bank account, which is reportedly proceeds of money laundering from Malaysia.

Mrs Rasheedat added that the woman during investigation claimed that the money belonged to her 24-year-old son, Chidozie Fabian Ejeaka, whose whereabouts could not be traced. The commission then placed a Post No Debit (PND) on the woman’s account in order to allow the commission carry out further investigation.

She approached a court to challenge the restriction placed on her account by ICPC, as well as ask for the enforcement of her fundamental human right

However, they were arrested after the teacher in collaboration with three Gtb officials and a lawyer connived to withdraw the money from her account and transferred some of it to different accounts. N550 million (principal sum and interest) was transferred into the GTB account of FBI Legal, a company owned by Mrs. Egbuha’s lawyer, Ferdinand Isa.

Also the commission added that N340 million, in two instalments of N200 million and N140 million respectively, was allegedly moved into the Polaris bank account of a Bureau de Change operator.